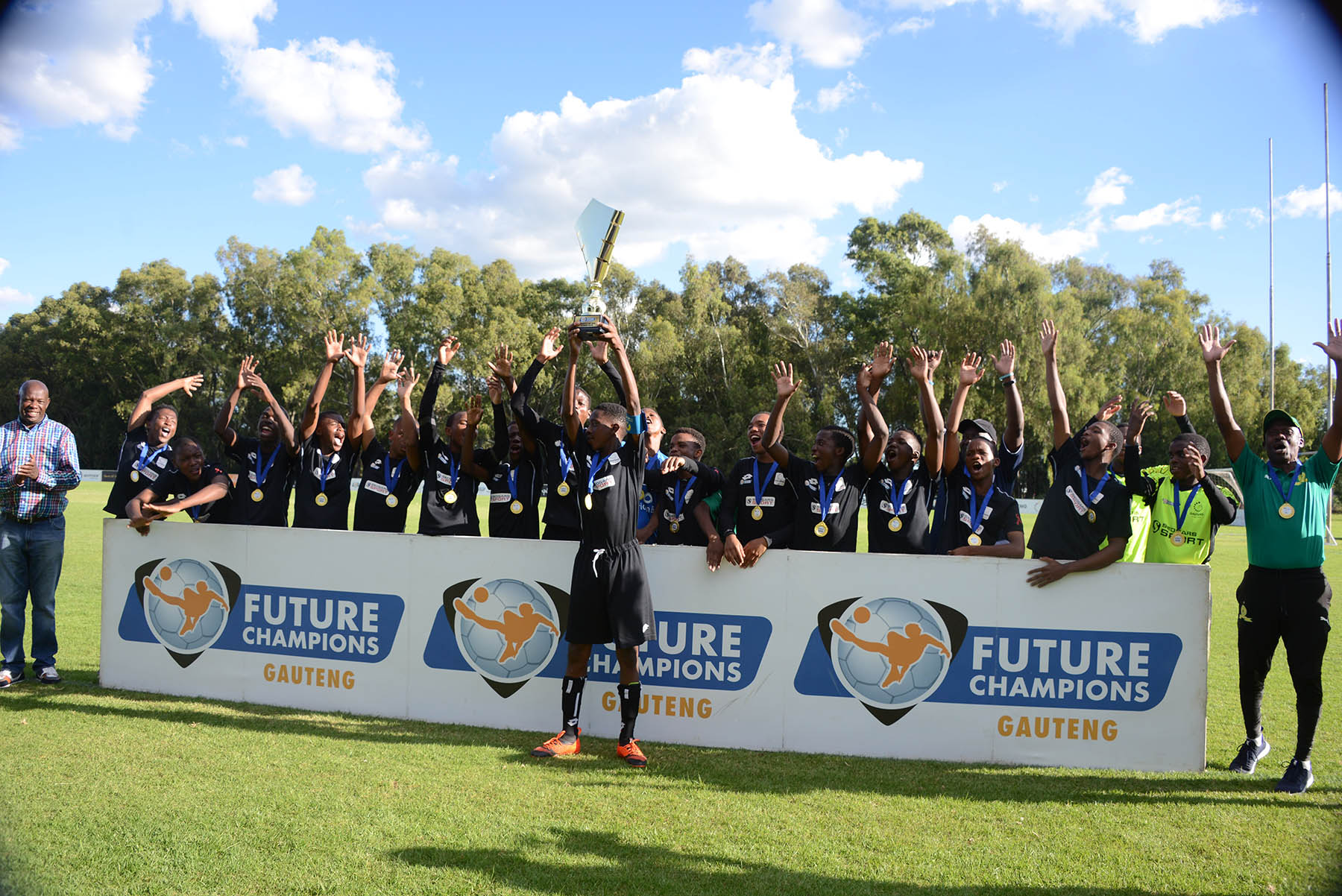 Johannesburg, Sunday, 17th February 2019 – Clapham High School from Pretoria were crowned winners of the 2019 Future Champions Gauteng Schools Cup after claiming a 2-0 victory over Esokwazi Secondary School from Sebokeng in the final at the Isak Steyl Stadium in the Vaal on Sunday.

Clapham emerged victorious after two grueling days of action, that for the first time included a girl’s competition which was won by Dr BW Vilakazi Secondary School in Zola, Soweto.

Clapham and Esokwazi are among the four teams to qualify for the Future Champions Gauteng Cup next month, along with Reshogofaditswe Secondary from Tsakane and Phafogang Secondary School in Moroka, Soweto.

After an initial knockout stage on Saturday, the winning teams returned to complete their pool play and attempt to seal a spot in the prestigious Gauteng Cup.

Clapham won their pool with a haul of seven points, conceding just a single goal in their three games after scraping through the knockout round with a penalty shoot-out victory over Randfontein High School on Saturday.

Esokwazi edged Pool B on goals scored after they finished level on points with Reshogofaditswe and the Rosina Sedibane Modiba Sport School, who have been regular participants in the Gauteng Cup in the past.

Clapham proved too strong in the final with what turned out to be a comfortable victory, sparking scenes of celebration among their players.

The inaugural girl’s competition was won by Dr BW Vilakazi as they claimed 7-1 victory over Rand Girls’ High School in the final.

Sixteen sides had started the journey, with eight emerging from the knockout rounds to contest the pools.

Dr BW Vilakazi will now clash with the five SAFA Regions at the Future Champions Gauteng Cup to contest that trophy as they seek to become the first champions of the girl’s competition in the province.

It was a deserved victory for the team, who scored 29 goals in their five games throughout the Schools cup, an average of more than five per game.

The Future Champions Gauteng Cup will be staged on March 16-17 at Reiger Park in Ekurhuleni as the four teams that qualified from the boy’s competition Schools Cup are joined by the best academy and club sides in the province.

The top four teams there will move forward to the Future Champions Gauteng International Tournament that takes place from 25th to 30th March at the Nike Football Training Centre in Pimville, Soweto.